The Rich, The Poor, And The Middle Class In Between


Today I found this quote from Kiyosaki on my Facebook wall. It says, “There’s the rich, the poor and the tax payers…..also known as the middle class”.

So simply stated, but a hard hitting fact. I then took some to ponder on this subject, and felt that this middle class considers itself to be most vocal and harbinger of change, however it is also the one which is most afraid of taking risks. It accepts to follow standard practices, desires change but without having to work for it (better if someone else could do it for them), prefers to credit everything to destiny, and with a tendency to ridicule those who try to think and do different in order to break away from the herd. And, traces of these tendencies are even more distinctly visible when the subject relates to money and wealth.

Those were my personal feelings, something which I filtered out from my experiences and from the environment in which I have ‘stayed’ for all my life, so far. However, I needed to also know what others felt on the related subject. So, I turned to the internet for my rescue and started surfing.

I started Googling, with different search words, and reading whatever I came across. Not surprisingly, I came across articles/blogs/book excerpts which echoed my sentiments. One link led to the other and so on, and I finally stumbled upon something which nearly summed up the subject for me. 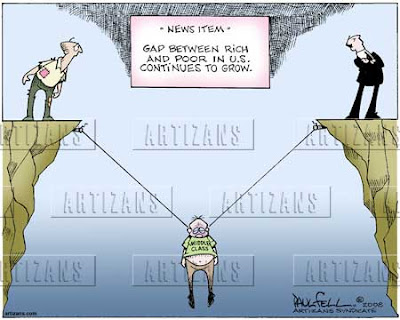 The first input was received from the book ‘Secrets Of The Millionaire Mind’ written by T Harv Eker. It was a summary of sort of what he writes in his book. Eker believes that we each possess a “financial blueprint”, an internal script that dictates how we relate to money. Our blueprints are created through lifelong exposure to money messages from the people around us, he writes. Unfortunately, Eker says, most of us have faulty blueprints that prevent us from building wealth. Out of context, some of this advice seems glib and facile. However, the article stated that in the said book Eker explains each point, demonstrating how successful people discard limiting beliefs while the unsuccessful succumb to them.

This is what Eker says in his book wherein he lists seventeen ways in which the financial blueprints of the rich differ from those of the poor. According to him:

3. Rich people are committed to being rich. Poor people want to be rich.

8. Rich people are willing to promote themselves and their value. Poor people think negatively about selling and promotion.

2. Millionaires talk about ideas. The middle class talks about things and people.

3. Millionaires embrace change. The middle class is threatened by change.

6. Millionaires work for profits. The middle class works for wages.

7. Millionaires believe they must be generous. The middle class believes it can’t afford to give.

8. Millionaires have multiple sources of income. The middle class has only one or two.

I haven’t had the chance to come across these enlightening books earlier, but today’s surfing finally made my day, and reinforced my thoughts about the middle class, and added information about the mindset of the rich/millionaires and the poor, in a clear and concise manner.

Ironically, at the end of it all I was left questioning myself, “What’s your mindset?”

RANVIR
I am an Army Officer, who is now re-attired as a Corporate Warrior, and having interest in varied fields from IT to Arts, and Photography to Blogging. I have an inherent inclination for motivation training and personal inspiration. Being an admirer and staunch supporter of human values and humanity, I am always on lookout for means which can help society at large. I am also an extremely passionate Direct Selling Professional and vociferously promote the concept of Time and Financial Freedom. I can be reached by filling the contact form.

In case of any queries or desire to know more, you can email me at ranvirsm@gmail.com

Join Hands With Me

- Learn more about my company which is the best source to achieve Time & Financial Freedom from the official site at www.qnetindia.in or www.qnet.net

- For those who desire to have a regular source of passive income through association with QNET, being an entrepreneur and my business partner, then write to me at ranvirsm@hotmail.com- For those who are hungry for more information, visit my other site, http://bit.ly/17yPR58- For those who really want to be in the fast lane, call me directly on +91-9540-270-444

- My Independent Representative (IR) Number is IN004207, and can be used appropriately.

- Clicking on the posted photos and slides in the blog will zoom them for a better view.- Comments on the blog posts will, both guide and motivate me. So, go ahead without hesitation.- You may also express your 'LIKE' on the Facebook link, and also forward it to your contacts.- In case of a frequent visitor, consider joining the 'Followers' group.

Catch Me On Slideshare